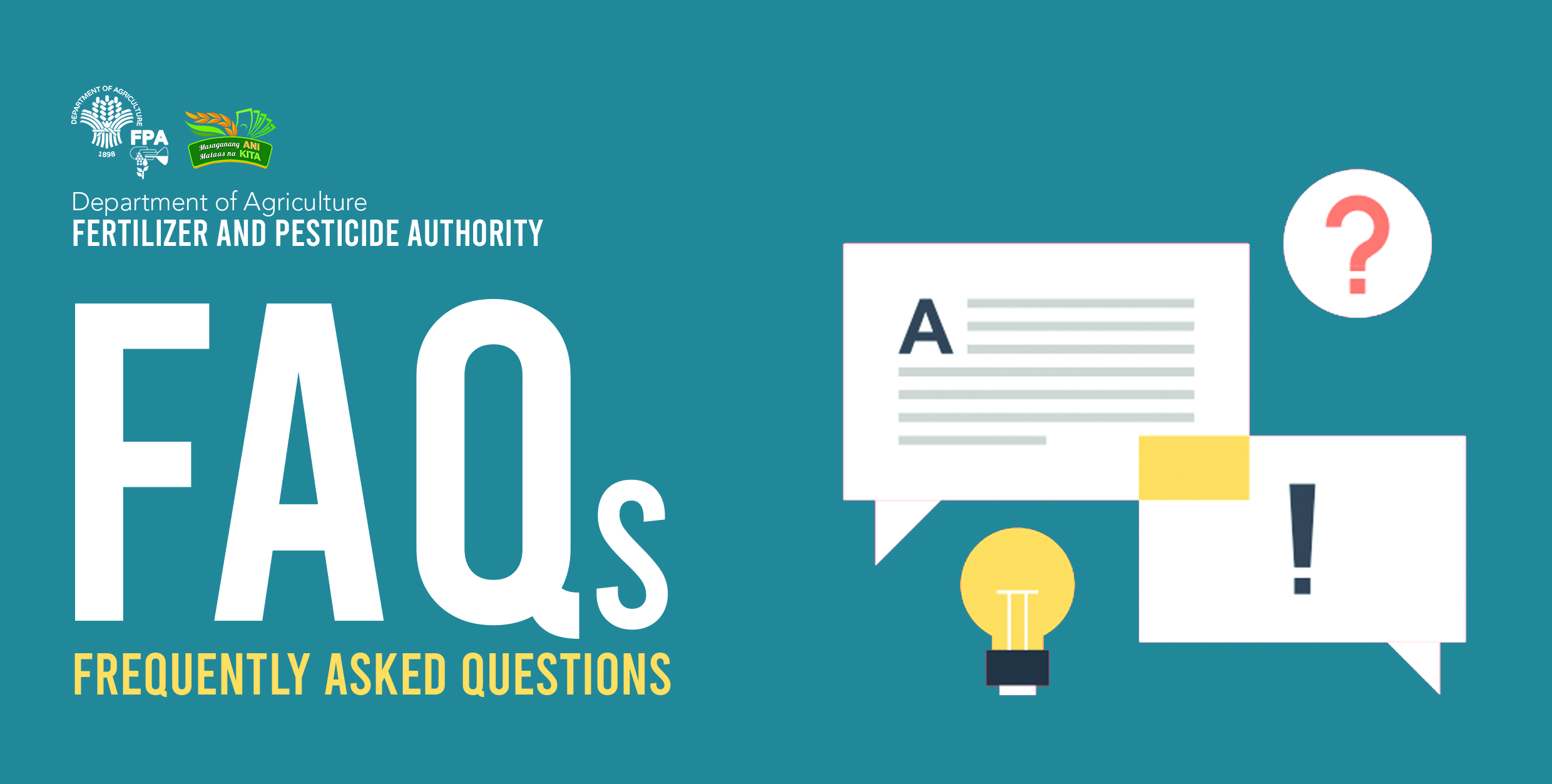 1. Why is the price of fertilizers, specifically urea, increasing in 2021?

The prices of Urea started to crawl up in April 2021. This is caused primarily by the global supply movement of Urea. Since most of our supply of urea are sourced abroad, then consequently, local prices will correspondingly increase. In fact, recent reports from Bloomberg and World Bank confirm the upward movement of urea prices due to strong demand and higher input costs. Urea feedstock costs have risen. Phosphate raw materials such as sulfur and ammonia have increased sharply due to limited supplies caused by COVID-19 restrictions.

Likewise, the supply of Urea is being constrained due to several factors:

2. Does FPA control or regulate the prices of fertilizers and pesticides? How does the FPA address the high cost of fertilizer?

No. FPA does not regulate the prices of fertilizers and pesticides. In 1986, due to the massive trade liberalization efforts of the government, the quantitative restrictions on fertilizer were removed. As a result, the FPA discontinued the issuance of import permits for fertilizer and abandoned its price-setting function.

The Agriculture and Fisheries Modernization Act (AFMA) or Republic Act No. 7716 further allowed the duty-free importation of fertilizer enterprises engaged

in agriculture. The law also grants tariff exemptions to agricultural enterprises such as farmers, cooperatives, organizations for imported agricultural inputs pursuant to Executive Order Nos. 133 and 376.

Similarly, Section 109 (B) of the National Internal Revenue Code of 1997 exempts fertilizer subsidiaries from payment of the 12% Value-Added Tax (VAT). This is why the industry players must apply for VAT Exempt Certificate from FPA.

To encourage fair market competition, the FPA ensures that the registration of fertilizer and pesticide products complies with timelines set forth in the Citizen’s Charter so that more brands/products shall be available in the market.The agency monitors the prices of fertilizers and pesticides across different locations nationwide and submit weekly monitoring reports to the Department of Agriculture.

The agency also continues to conduct information and education campaigns on the safe and judicious use of fertilizers and pesticides to help farmers avoid income losses due to improper application of these inputs. The FPA constantly reminds the farmers to avoid using unregistered and smuggled products from unauthorized distributors.

3. How does FPA help in addressing pest infestation such as Fall Army Worm (FAW), Coconut Scale insect and Mango Weevil?

Applications for pesticide registrations to combat the Fall Army Worm infestations have been prioritized as the situation requires. Likewise, the agency coordinates with relevant industry stakeholders and government agencies like the DA Pest Surveillance Unit and the Bureau of Plant Industry (BPI) for the monitoring and control of pest infestations.

The public may access the agency’s website http://fpa.da.gov.ph/ to know more about the FPA’s list of registered inputs for the control of pest infestations such as Fall Army Worm (FAW) and coconut weevil.

4. Does FPA regulate organic fertilizers and pesticides and those intended for industrial use?

No. The Supreme Court in 2007 ruled that pesticides for urban/household use are not within the FPA’s jurisdiction anymore. It is now regulated by the Foods and Drugs Administration (FDA).

On the other hand, concerns regarding regulation of organic fertilizers and pesticides can be directed to the Bureau of Agriculture and Fisheries Standards based on Republic Act 11511 (An Act Amending RA 10068 or the Organic Agriculture Act of 2010).

5. What are the banned and restricted pesticides in the Philippines? What were the actions undertaken to ban hazardous pesticides such Endosulfan, Deltamethrin and Fipronil?

Banned pesticides are those which cannot be brought into and used in the country under any circumstances. Included in this classification are pesticides which have been found unacceptable for use under normal situations whose registrations have been cancelled by FPA or voluntarily withdrawn by the concerned company. Pesticides banned in other countries may be allowed to be brought into the country under the Principle of Prior Informed Consent (PIC). Restricted pesticides on the other hand may be classified into three categories: (1) restrictions because of hazard; (2) restriction of purposes of gathering more information; and (3) restriction due to possible crop phytotoxicity in an ordinary farmer’s cultural practice. The FPA has the obligation to regularly monitor and enforce confiscation. More importantly, the agency informs and educates the public to avoid/discontinue the use of these inputs and to report incidences of their continuous use and distribution to FPA.

The list of banned and restricted pesticides can be accessed at https://fpa.da.gov.ph/NW/index.php/information-resources/data/banned-and-restricted-pesticides

6. How does FPA address the proliferation of illegitimate online sellers and distribution of illegal fertilizer and pesticide products?

The FPA is currently coordinating with the Department of Trade and Industry and other regulatory agencies to come up with a joint order to regulate the online selling of such agricultural inputs in different online platforms. Likewise, the Agency has already coordinated with these online selling platforms and educated them on the need for products and handlers (sellers) to undergo registration and accreditation prior to engaging in such activity. The registration of products and accreditation of handlers by FPA assures the public of effective and safe agricultural inputs. FPA then continues to inform the public that patronizing unregistered products being distributed by illegitimate handlers would expose them to the health and environmental hazards of fake and ineffective products and loss of income. The public is also advised to avoid products that are smuggled, underweight, expired, and do not conform to standards.

To encourage the wide dissemination of such campaign, the FPA seeks the cooperation from industry stakeholders including dealer’s associations or cooperatives. The FPA Field Units shall also integrate these reminders in their conduct of information, education, and communication (IEC) campaigns.

The public may report unscrupulous sellers and unregistered products being distributed to any of the FPA Field Units through email and telephone numbers listed on the FPA website.